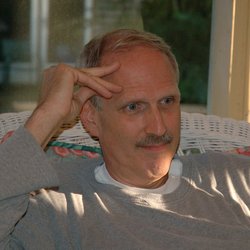 Professor Andy Miller received B.A. (cum laude) from Alfred University (1974), M.S. and Ph.D. from the University of Connecticut (in 1976 and 1981, resp.); his Ph.D. dissertation was titled On the Homotopy of Spaces of Projectable Homeomorphisms. He came to OU in 1981 as a Visiting Assistant Professor, earning a permanent position in 1985 and rising through the ranks to earn a David Ross Boyd Professorship in 2012 – one of OU’s highest honors. In 2010 he was awarded the MAA Oklahoma-Arkansas Section Teaching Award. During his time at OU, he wrote 25 papers (according to MathSciNet) and mentored four Ph.D. students – Yuxing Wang (1996), Timothy Frye (2008), Cherith Tucker (2013) and Rachel Wright (2016). All have gone on to success: Frye taught at Kansas Wesleyan University and now is at McPherson College, Tucker is the chair of the Math Department at Oklahoma Baptist University, and Wright is a lecturer in our department. Prof. Miller served as the chair of Math Department between 2012 and 2016, and over his 40 years of service, he served on practically every committee in the department, and on many university and statewide committees. Between 1991 and 1996 he was the director of an REU program, offering summer research opportunities for undergraduates. He was a tireless contributor to the department and the discipline in innumerable ways, both large and small. Prof. Miller retired in January 2022.