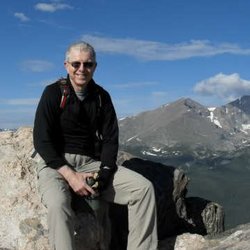 Kevin Grasse received his PhD in Mathematics from the University of Illinois at Urbana-Champaign in 1979. In that same year he accepted a faculty position in the Department of Mathematics at the University of Oklahoma, where he served as a faculty member for 37 years before his retirement in 2016. His research specialties are the geometric theory of nonlinear control systems and related parts of nonlinear analysis and differential equations. Grasse's career at OU was highlighted by his appointment as an Editor of the SIAM Journal on Control and Optimization (1989-1995), his service as Interim Chair of Mathematics (1994-1996) and Chair of Mathematics (1996-2000), his supervision of eight successful doctoral students, as well as his receipt of the OU Regents Awards for Superior Service (2009) and Superior Teaching (2014).