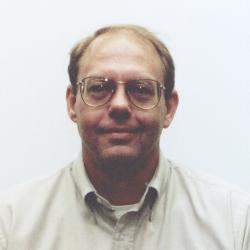 Professor Luther White received a BS in Mathematics and Physics from Oklahoma Baptist University in 1972 and a Ph.D. in Mathematics from the University of Illinois at Urbana-Champaign in 1977. He joined the OU Mathematics Department in 1977 and retired from OU in 2015. During that time, he authored over 160 research papers and directed 11 Ph.D. students. He worked on applications in civil, mechanical, and petroleum engineering, as well as geophysics, meteorology, and ecology. He participated in numerous collaborations and held visiting positions at universities and institutes in France and Austria as well as the United States. He was a co-principal investigator in the two meteorological NSF Centers at OU and a member of the Rock Mechanics Group. In 1991 he was awarded a Regent’s Award for Superior Research and in 2001 the Samuel Roberts Noble Foundation Presidential Professorship. In retirement he continues to work on problems dealing with model and data synthesis with applications primarily in geophysics.