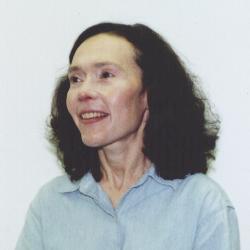 Professor Marilyn Breen received her B.A. from Agnes Scott College, where she was admitted to Phi Beta Kappa, and she received her Ph.D. from Clemson University in 1970. She came to the University of Oklahoma as a post doc in 1971 and received a tenure track appointment in 1973. Her research is in the area of convexity (convex geometry), where she has published over 135 research articles. In teaching, she introduced both the Convexity sequence and the Graph Theory sequence, and she twice received the math graduate student organization's "outstanding teacher" award. Other recognition from OU includes faculty research awards and selection as an Associates' Distinguished Lecturer. Professor Breen retired in 2012. She is a Fellow of the American Mathematical Society.