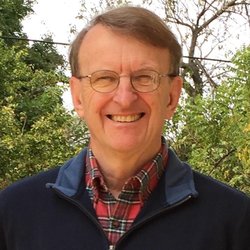 Paul Goodey received his PhD in 1970 from The University of London. From 1970 to 1983, he served on the faculty of the Department of Mathematics at the Royal Holloway College of London University. In 1983 he emigrated to the United States to join the faculty of the Department of Mathematics at the University of Oklahoma. He retired in 2016 after 46 years of university teaching. During the period 1986-88, he was on leave at the National Science Foundation where he served as Program Director for Geometric Analysis in the Division of Mathematical Sciences. Throughout his career he held numerous visiting positions at universities in the US and Europe. From 2000 to 2012 he served as Chair of the OU Mathematics Department. In 1992, he was the winner of the MAA Regional Outstanding Teacher Award. In 2000, OU awarded him an Edith Kinney Gaylord Presidential Professorship and, in 2014, he was made a George Lynn Cross Research Professor.