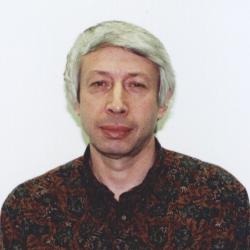 Professor Semion Gutman received his MA degree from the Kharkiv University in Ukraine in 1972, and his Ph.D. from the Hebrew University of Jerusalem in 1983. He was with the Department of Mathematics at University of Oklahoma from 1985 until his retirement in 2014. His research is in the area of Applied Mathematics. He wrote seventy papers on various topics, such as nonlinear semigroups, inverse problems, numerical methods, and parameter identifiability. Among the applications he studied were flows in porous media, tumor detection in biological tissues, multidimensional imaging, inverse scattering applied to the creation of new materials, chaotic phenomena in wave propagation, and stability and control of shallow arches. As a teacher, he developed and improved various graduate and undergraduate level mathematics courses.